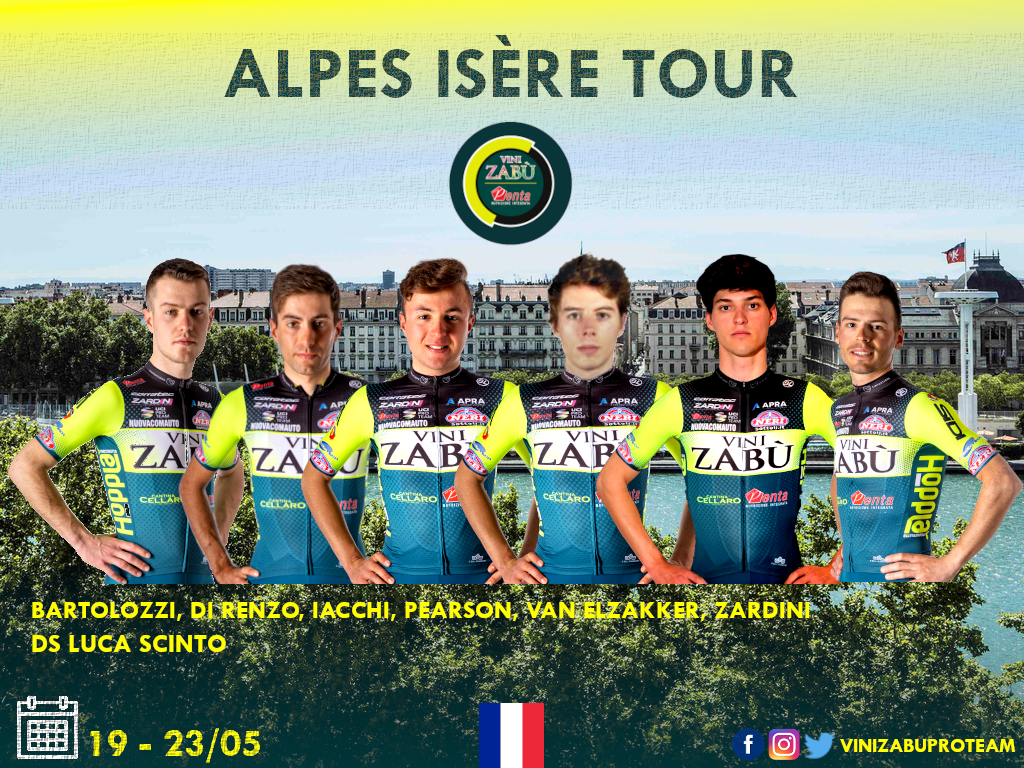 The team Vini Zabù will be racing again in France from the 19th to the 23rd of May at the Alpes Isère Tour with Luca Scinto as Sports Director.

Daniel Pearson, welsh climber, will make his debut with the team and he will try to show his skills on the climbs of the race together with Andrea Di Renzo and Edoardo Zardini.

The line up will be very young with Andrea Bartolozzi, who was very active in the breakaways at the Tour d’Eure et Loir where Alessandro Iacchi managed to achieve his first top 10 as a pro.

Last but not the least Wout Van Elzakker who will make his comeback to the races after being at the start in the belgian classics of last march.

TIRRENO – ADRIATICO: VELJKO STOJNIC, A DAY IN THE BREAKAWAY