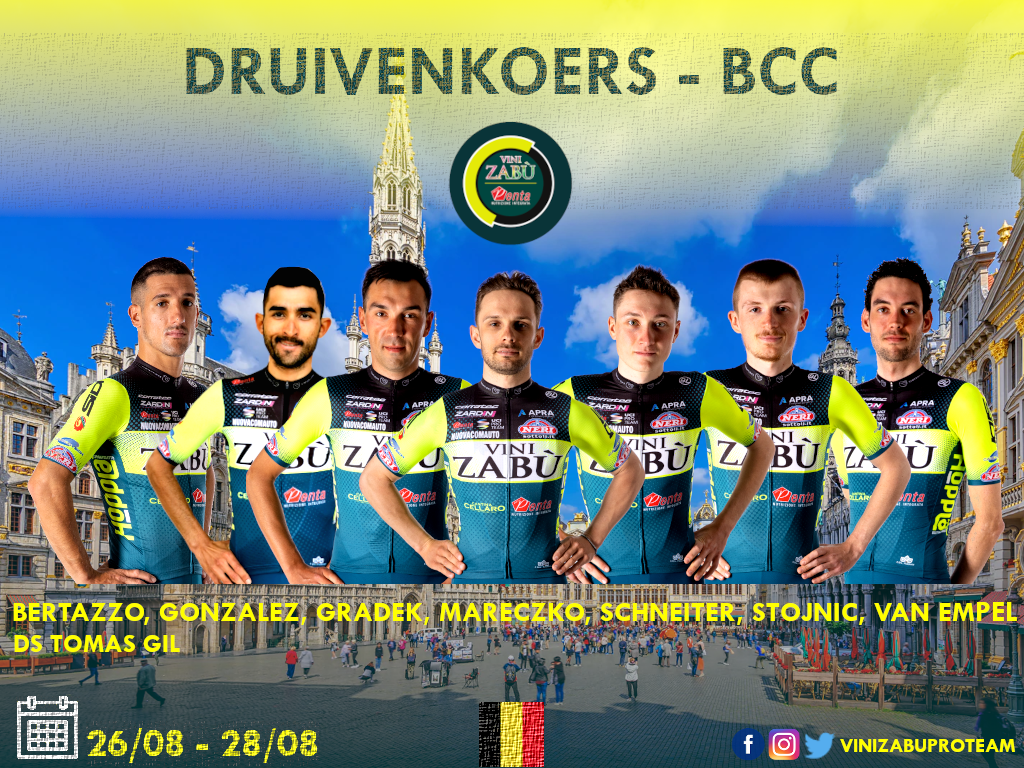 A trip to Belgium for the team Vini Zabù that will race Druivenkoers – Overijse on the 26th of august and, two days later, the Brussels Cycling Classic, with both races that have confirmed once again the invitation to the team of Angelo Citracca.

The Sports Director Tomas Gil has selected a line up of riders ready to race on these demanding routes with different goals as achieving some good results and finding the best condition for the next appointments.

There will be space for the captain Jakub Mareczko, who has recently raced the Tour of Denmark, and for Veljko Stojnic, who did very well in Czech Republic and in France after coming back from the terrible injury occurred at the beginning of the season.

The line up is completed by Liam Bertazzo, who came back in Europe after being part of the Italian Track Team at the Olympics in Tokyo, and by Roberto Gonzalez, Kamil Gradek, Joab Schneiter and Etienne Van Empel.

UAE TOUR: MARENGO IN THE BREAKAWAY, STOJNIC STILL IN THE BLACK JERSEY

After the adventures of Veljko Stojnic and Leonardo Tortomasi of the previous days, today it…