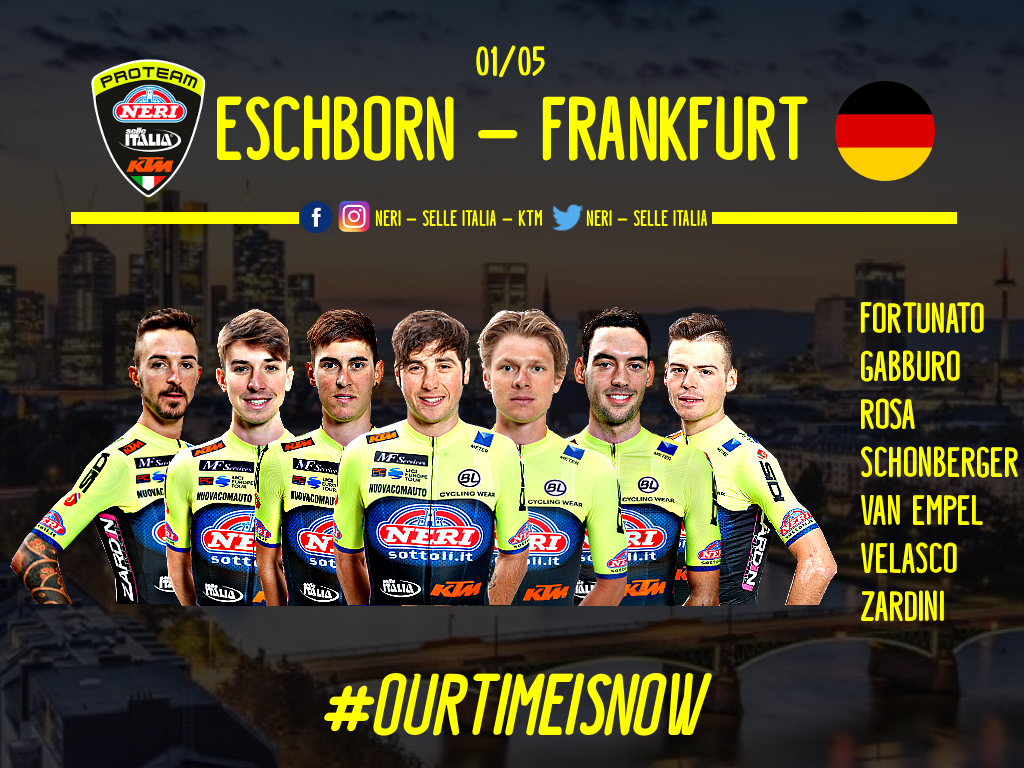 First of May at work for the team Neri Sottoli – Selle Italia – KTM that, three years after the last participation, will be at the start of the Eschborn – Frankfurt, the fifth World Tour event where the team of Angelo Citracca has been invited in this first half of the season.

187 kms for a race that in the last seasons has been dominated by Alexander Kristoff, winner of the last four editions.

The sport directors Francesco Frassi and Luca Scinto will aim for a good result with Simone Velasco, winner of two races in this 2019, as young captain of a young team where the most experienced rider will be Edoardo Zardini who has been riding the Tour of the Alps and the Giro dell’Appennino together with Davide Gabburo.

After the good performances offered at the Tour of Turkey, Lorenzo Fortunato, Sebastian Schonberger and Etienne Van Empel will be back in action with Massimo Rosa that completes a very young line up that is gonna seek a prestigious result.

One rider born in 1998 and two riders born in 1999. Andrea Bartolozzi, Mattia Bevilacqua…