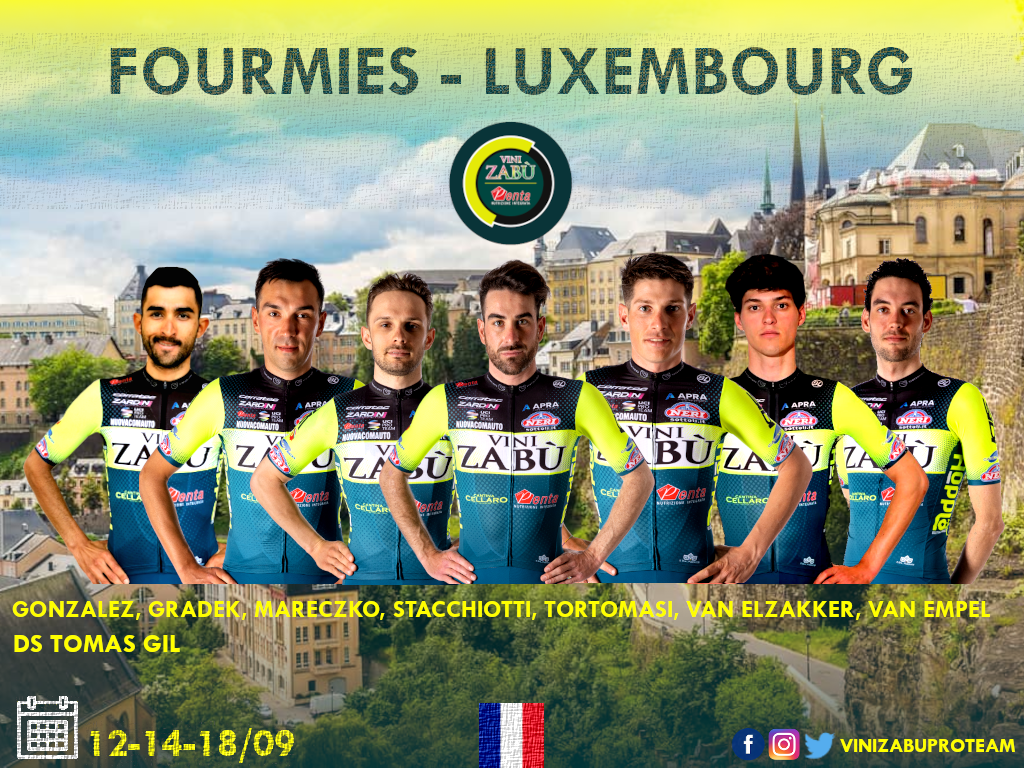 A week around Europe for the team Vini Zabù that will race on the 12th of September the Gp de Fourmies in France followed from the 14th to the 18th of September by the Tour de Luxembourg.

Tomas Gil will be the Sports Director of a team captained by Jakub Mareczko that will try to be in front already in Fourmies, a race where he has achieved an 11th place on his debut in 2015, and then in the five luxemburgish stages where he will race for the first time in career.

The bresciano sprinter will be supported by Riccardo Stacchiotti and Kamil Gradek that, after being back at the Tour du Limousin, will try to fight for a good result in the 25 kms time trial at the Tour de Luxembourg.

The line up is completed by Roberto Gonzalez, Leonardo Tortomasi, Etienne Van Empel and Wout Van Elzakker, with the dutch neopro that will compete only at Gp de Fourmies.

TOUR DE HONGRIE: MARECZKO IS SECOND AS OUR SEASON KICKS OFF AGAIN

TOUR OF UTAH: MANUEL BONGIORNO ENDS IN THE TOP 15

An amazing experience. This was the Tour of Utah of the team Neri Sottoli -…