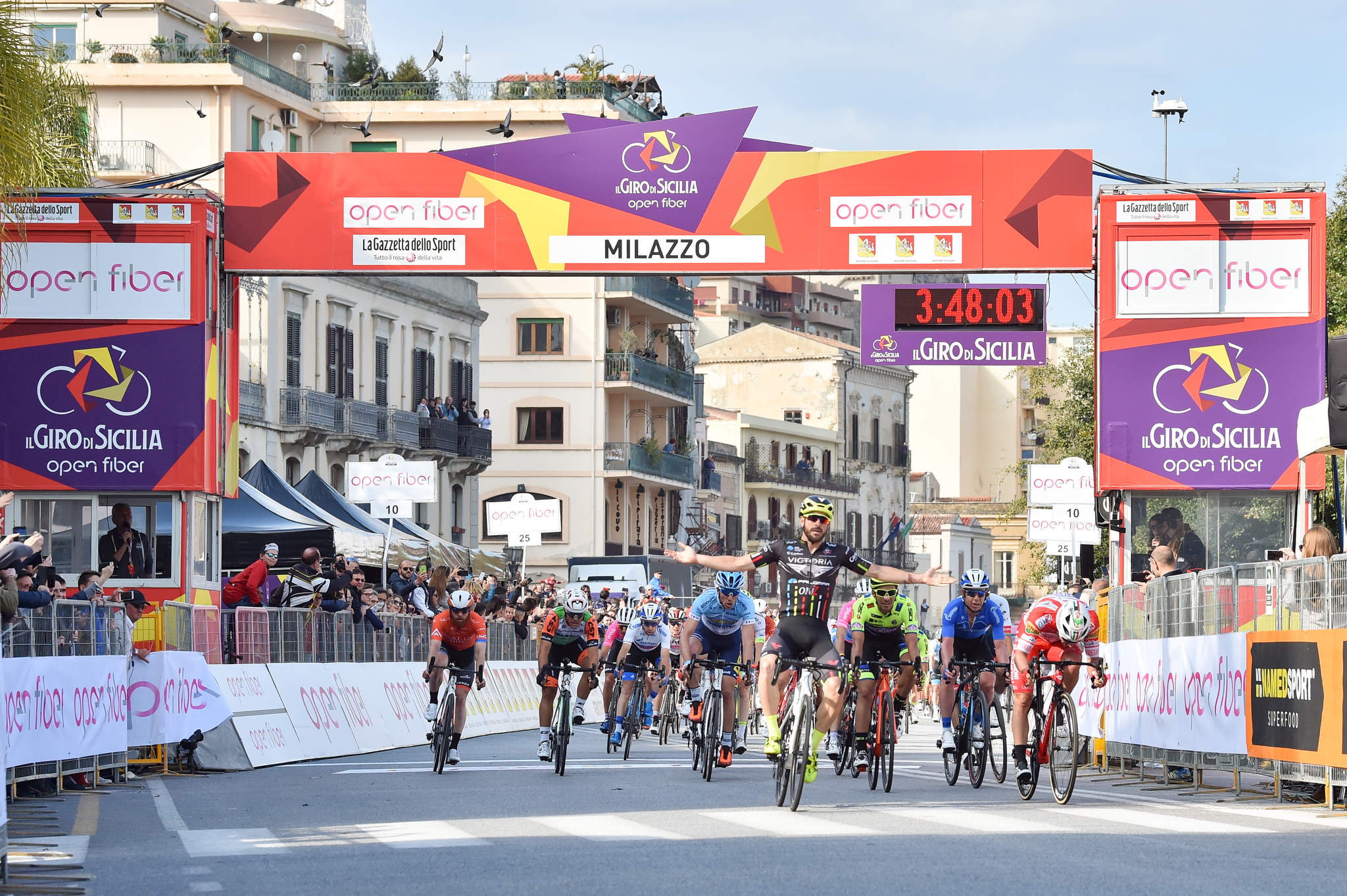 A third place is the opener for the team Neri Sottoli – Selle Italia – KTM in Il Giro di Sicilia where Luca Pacioni was beaten only by Riccardo Stacchiotti and Manuel Belletti in the mass sprint of stage 1.

It was a very fast stage with a six riders breakaway, Hagen, Munoz, Puccioni, Canton, Baldaccini and Crista who were chased by Jacopo Mosca and Alessandro Tonelli who weren’t able to join them.

The climb of San Rizzo was shaking up the thing in front where Canton and Hagen attacked but the spanish rider crashed along the following downhill.

Also in the peloton there were some changes with the teams Androni Giocattoli and Delko Marseille who were trying to speed up splitting the peloton in two parts with the chasers who were able to close the gap in the flat segment.

This acceleration was decisive in negative for Hagen that with 16 kms to go was caught just before a new forcing from Androni Giocattoli on the panoramic road of Milazzo but our riders were always ready to answer in the front positions of the peloton.

The final sprint was launched too early by Molano and Belletti with Stacchiotti who made a great come back, the same as Luca Pacioni who finished in third place, his first podium of the season.

The romagnolo rider has achieved his sixth result in a top 10 in this beginning of the season, carrying on the streak opened in 2018.

Tomorrow stage 2 from Capo d’Orlando to Palermo of 236 kms with a central part full of climbs that could change the situation in the final.

TOUR OF THE ALPS: DAYER QUINTANA KICKS IT OFF WITH A TOP 10

LIAM BERTAZZO HAS BEEN SELECTED FOR TOKYO 2020