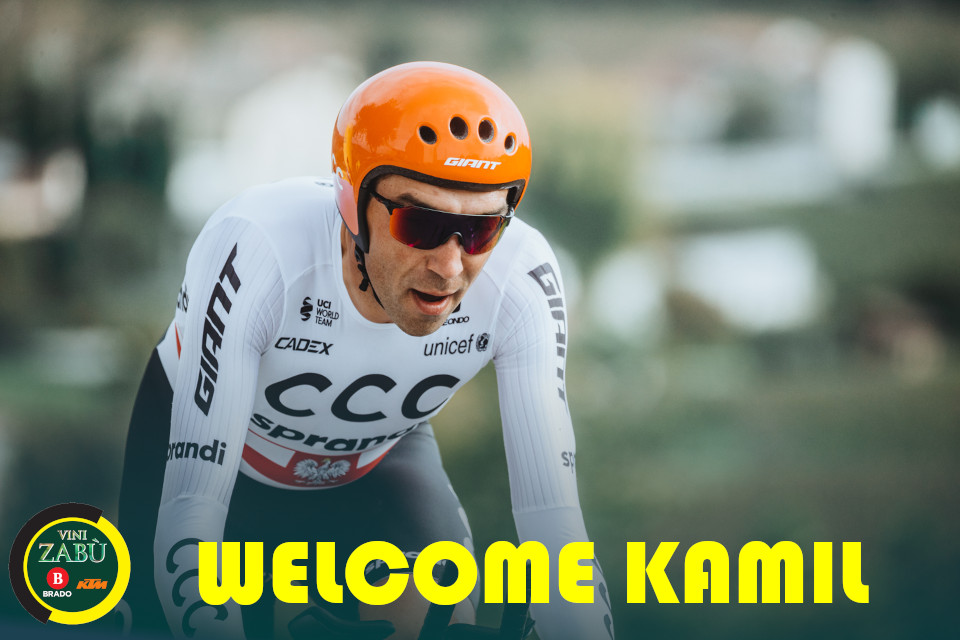 The third new arrival of the team Vini Zabù for 2021 is the Polish National Time Trial Champion Kamil Gradek from team CCC.

Gradek, one of the tallest rider in the peloton, has been in the World Tour in the last two seasons where he had the chance to race twice the Giro d’Italia with a 9th place in this year’s time trial of Milano as his best result.

Gradek has achieved seven victories in career including the final classification at the Tour of China I in 2014 and the Polish National Championships where he was able to beat Maciej Bodnar.

These results has convinced the Polish National team to select Gradek in the last two editions of the World Championships, a proof of the qualities of a rider that can give a lot to the team of Angelo Citracca supporting Jakub Mareczko in the sprints and in the time trials.

“I’m very excited for this new chapter of my career with Vini Zabù. I am glad that after such a hard year for everyone, I found a team in which I will be able to continue my career at the highest level. There are new challenges and adventures ahead and certainly a lot of chances to show my potential as well as driving on my own account. I will want to show my best side and pay the trust of my new team with good results and at the same time I would also like to thank all CCC for the last 2 seasons”.

GIRO DELL’APPENNINO: TOP 10 AND VICTORY OF THE CHALLENGE LIGURIA FOR SIMONE VELASCO

Mattia Cattaneo has won the 80th edition of the Giro dell'Appennino, a solo victory in…