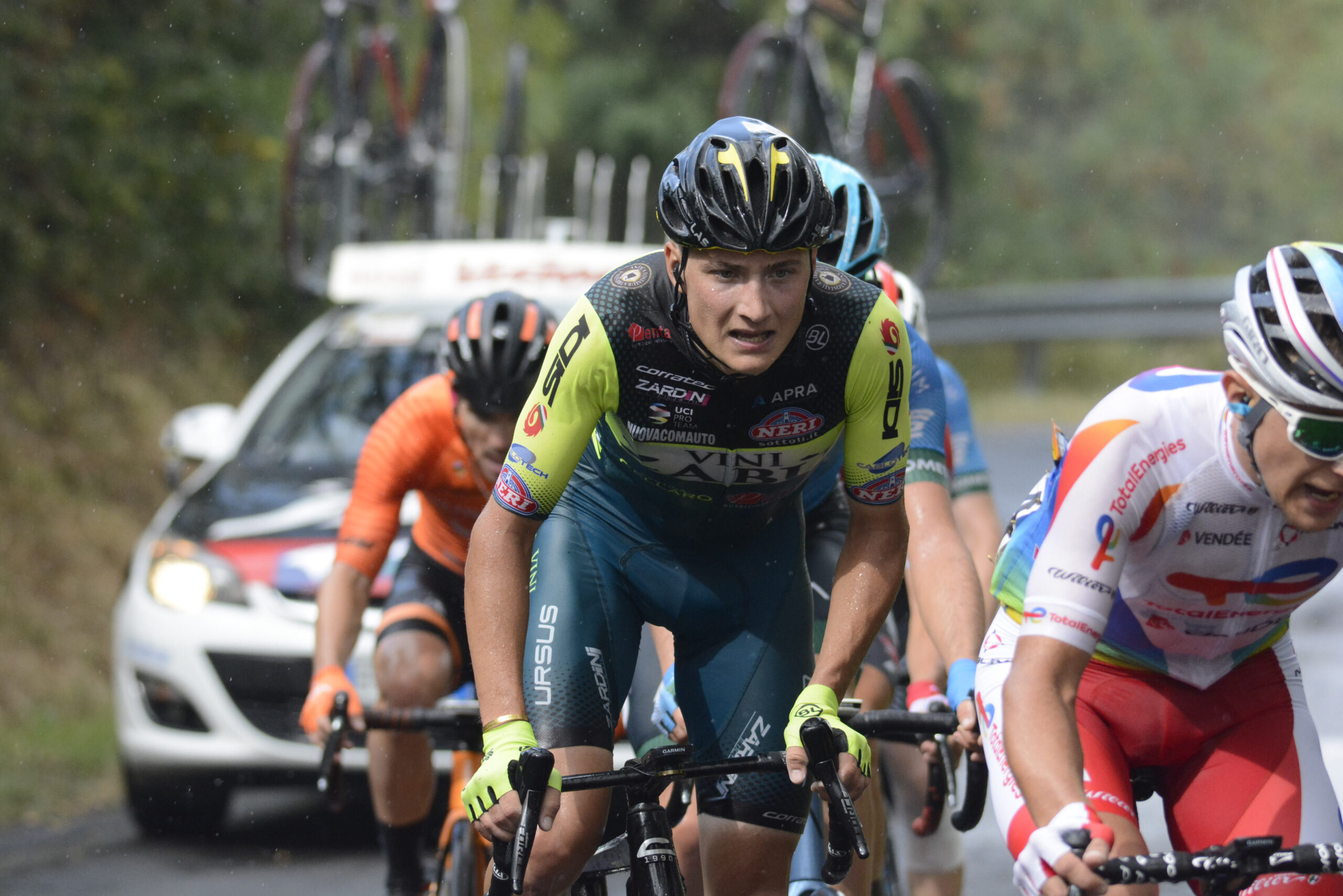 A day on the attack filled with bad luck for the team Vini Zabù in a rainy edition of Memorial Pantani.

From the early part of the race the riders directed by Francesco Frassi have tried to leave a mark on this day, first with Alessandro Iacchi and then with Joab Schneiter who joined the nine riders breakaway born be fore the beginning of the circuit of Montevecchio.

The swiss rider had to raise the white flag on the third lap as a flat tyre made him lose ground from the lead group. On the final lap in Montevecchio it was then Edoardo Zardini to attack but his attempt was stopped by the very selected peloton pulled by the World Tour teams.

Also the veronese rider was unlucky as, on the descent of Longiano, he had a flat tyre himself and all his chances of achieving a good result faded away.

At the end Zardini was 33rd, 4’22” behind the winner Sonny Colbrelli.

Tomorrow the last race of this week in Italy, the Trofeo Matteotti

We want to tell you a story. The story of a team that turned pro…