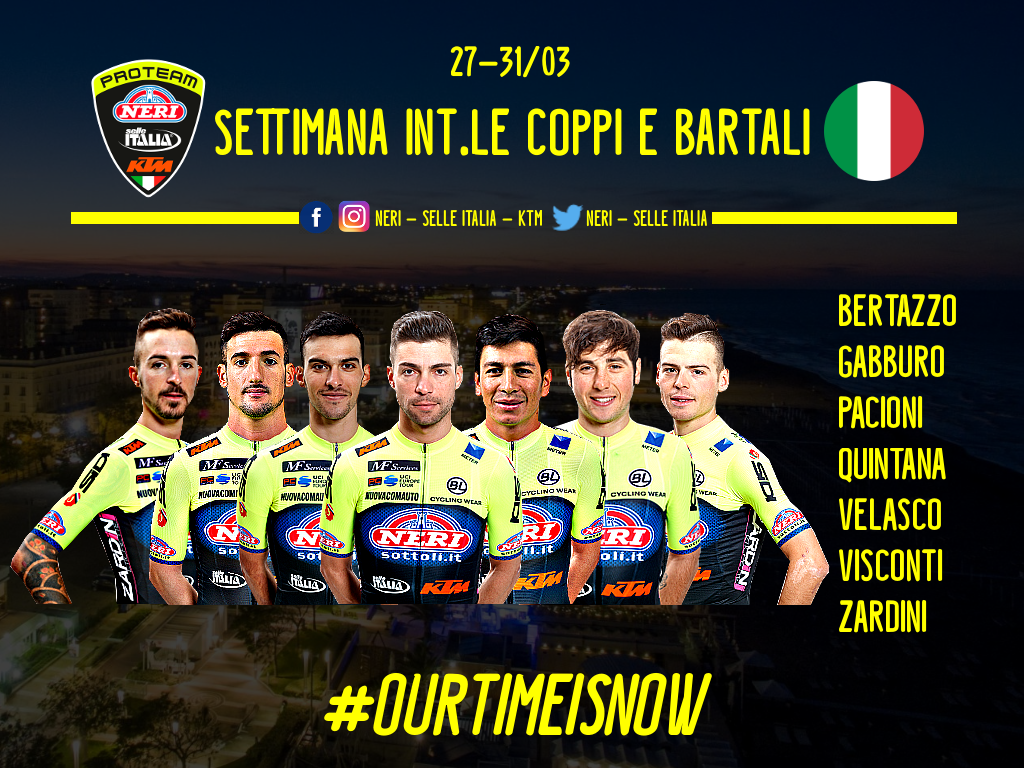 Four days of pure emotions between Emilia and Romagna for the team Neri Sottoli – Selle Italia – KTM of Francesco Frassi and Luca Scinto that from tomorrow will direct the team at the Settimana Internazionale Coppi & Bartali.

Five stages in program with the classical double debut in Gatteo with the morning dedicated to the sprinters and a team time trial in the afternoon. Two chances for the fast wheels of the peloton that saturday are gonna fight for the win in the flat circuit of Crevalcore. The remaining three stages will be hilly, perfect route for who wants to win the GC.

The team will be captained by Giovanni Visconti who is not 100% but the sicilian rider will still be our guide and to his side he will have a group that has performed well in the last races with Davide Gabburo, Dayer Quintana, Simone Velasco and Edoardo Zardini.

Liam Bertazzo and Luca Pacioni, born in Gatteo where the first stage will end, are gonna be our sprinters seeking for a win that in the race organized by GS Emilia doesn’t come from 2016.

IL GIRO DI SICILIA: LUCA PACIONI OUT OF THE TOP 10

Momodesign, a company synonym of italian excellence in the fields of the two wheels and of…