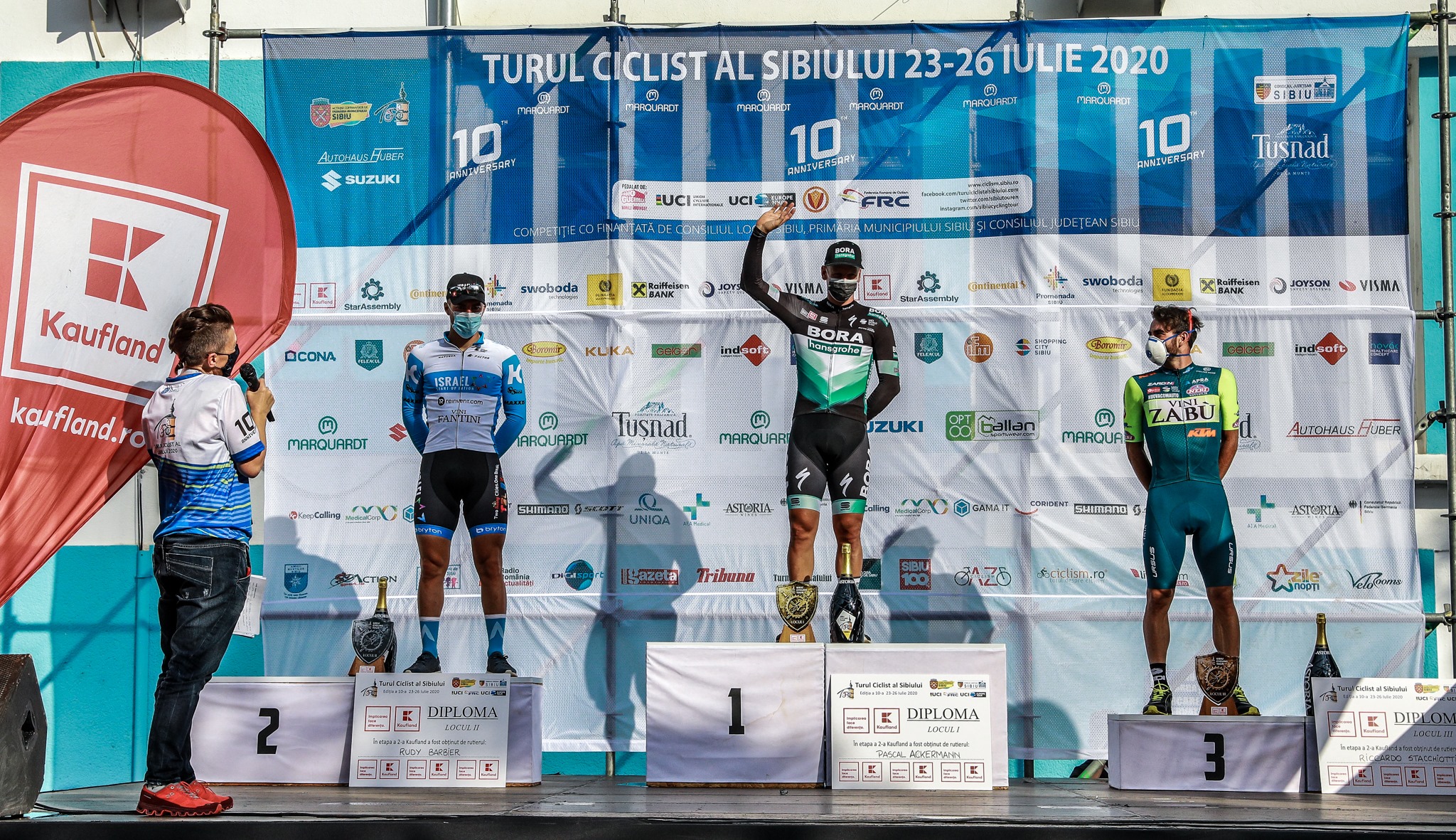 The last arrival at team Vini Zabù – KTM Riccardo Stacchiotti achieves the first podium of the season in the 2nd stage of the Sibiu Cycling Tour.

The rider directed by Francesco Frassi was in group of 35 riders after that an attack launched by Bora Hangsrohe, the team of the Yellow Jersey, on the downhill of Calugarul with 25 kms to go.

In this group almost the whole Vini Zabù – KTM team was represented and with 2 kms to go Matteo Busato tried to anticipate the sprinters but his attack ended with 800 metres to go.

Stacchiotti took the wheel of Pascal Ackermann but he couldn’t overtake him and he had to settle with the 3rd place behind also Rudy Barbier.

“The rain made the stage very difficult – Stacchiotti says – as we were forced to stay always focused in the first part of the peloton. On the last climb my team mates were excellent as they managed to keep me away from troubles in the following dangerous downhill where the peloton splitted. I took the wheel of Ackermann but when he launched his sprint it was clear that he was the strongest one today. I’m very happy, it’s a great start for me and I have to thank once more my team as we all did an excellent job along the 180 kms of the stage”.

No changes in the top places of the general classification where Luca Wackermann still sits in 5th place with Patrick Konrad in Yellow Jersey.

Tomorrow final day of the Sibiu Cycling Tour with a double effort for the riders who will have to face in the morning an uphill time trial of 12.5 kms and in the late afternoon a sprinters stage in Sibiu

UPDATE ON THE CONDITIONS OF GIOVANNI VISCONTI AND SEBASTIAN SCHÖNBERGER

Today, with 2 kms to go from the finish of the 5th stage of the…

TOUR OF THE ALPS: DAYER QUINTANA KICKS IT OFF WITH A TOP 10