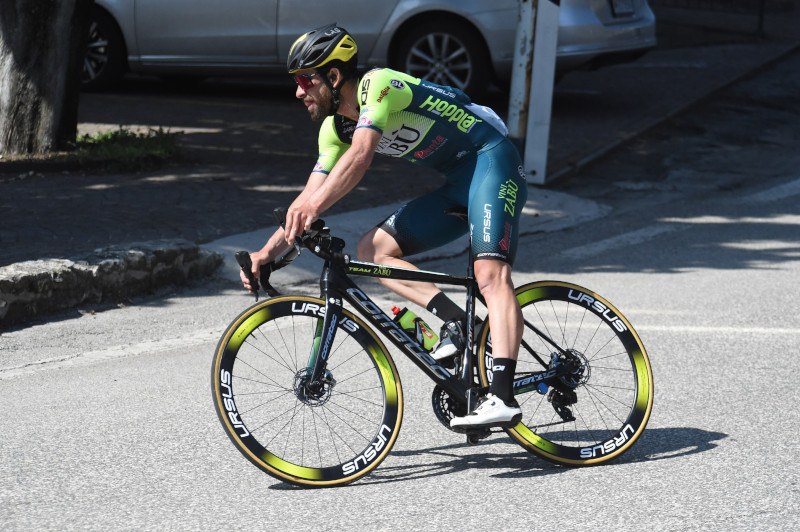 A cobbled sprint was the big ending of the Sibiu Cycling Tour and the fastest rider was Pascal Ackermann that, after trying an attack with 20 kms to go, was able to beat everyone on the finish line in Sibiu.

As in the prologue Riccardo Stacchiotti brought the team Vini Zabù in the first places as he ended in 6th place achieving his 3rd top 10 of the season.

The marchigiano rider managed to stay in the front group of 40 riders on top of the last climb of the day where the peloton bridged to the breakaway of Otruba, Turek and Bernas.

Few kms later it was Riccardo Zoidl who tried to attack followed by Pascal Ackermann himself but his attempt was blocked with 10 kms to go.

Team Bora – Hansgrohe controlled the situation in the final kms and then Ackermann did a great job following and then overtaking on the cobbled section Eduard Grosu winning his second stage in this edition of the Sibiu Cycling Tour.

The general classification went to his team mate Giovanni Aleotti with Andrea Di Renzo as our best placed rider in 17th place.

Our next race will be from the 14th to the 18th of july the Settimana Ciclistica Italiana.

TOUR DE HONGRIE: A BREAKAWAY AND A SPRINT BEFORE THE QUEEN STAGE