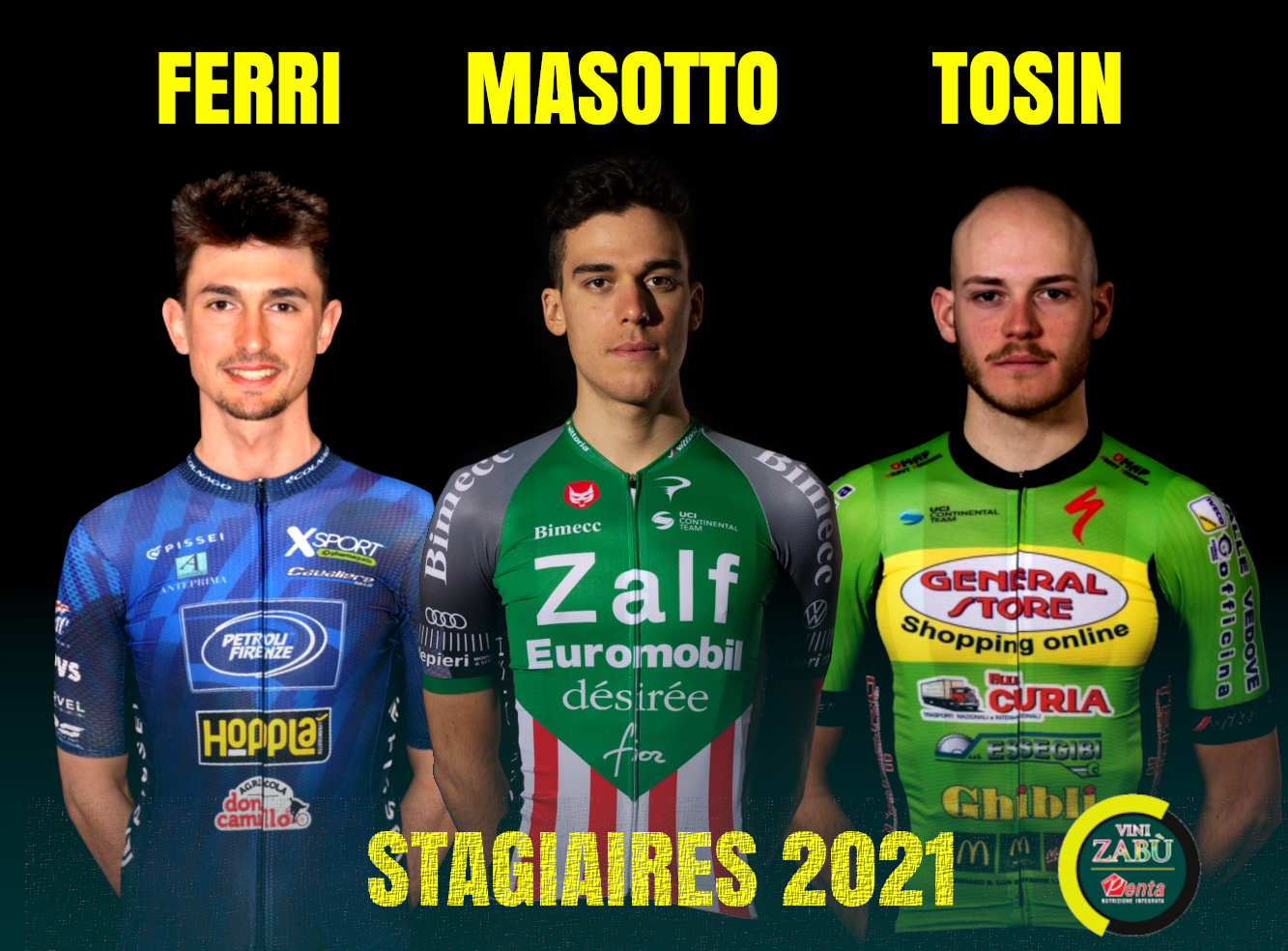 An eye to the future for the team Vini Zabù that has chosen Gregorio Ferri, Giulio Masotto and Riccardo Tosin as the three stagiaires from today till the end of the season.

Born in 1997, Gregorio Ferri is the more experienced rider of the trio with some important results in the Under 23 cathegory. In this season he was able to achieve three podiums even if his peak was in 2019 when he managed to win four races. Ferri, who races for Petroli Firenze – Hopplà – Don Camillo, is a very fast rider and he was selected few times to be part of the Under 23 National Team directed by Marino Amadori.

The second of the three stagiaires for the season 2021 is the sprinter from Veneto Giulio Masotto. Born in 1999, the rider from the team Zalf Euromobil Désirée Fior has won two races in this season added to some important results like the 6th place in the last stage of the Adriatica Ionica Race.

Riccardo Tosin, born in 1998 in Veneto, is the third staigiaire. In these last seasons with team General Store Essegibi F.lli Curia he had the chance to take part to some important races like the Adriatica Ionica Race and the National Championships.

TOP 20 FOR LORENZO ROTA IN COMO

TIRRENO – ADRIATICO: THE DREAM OF GIOVANNI VISCONTI EXPIRES AT THE FINAL KM