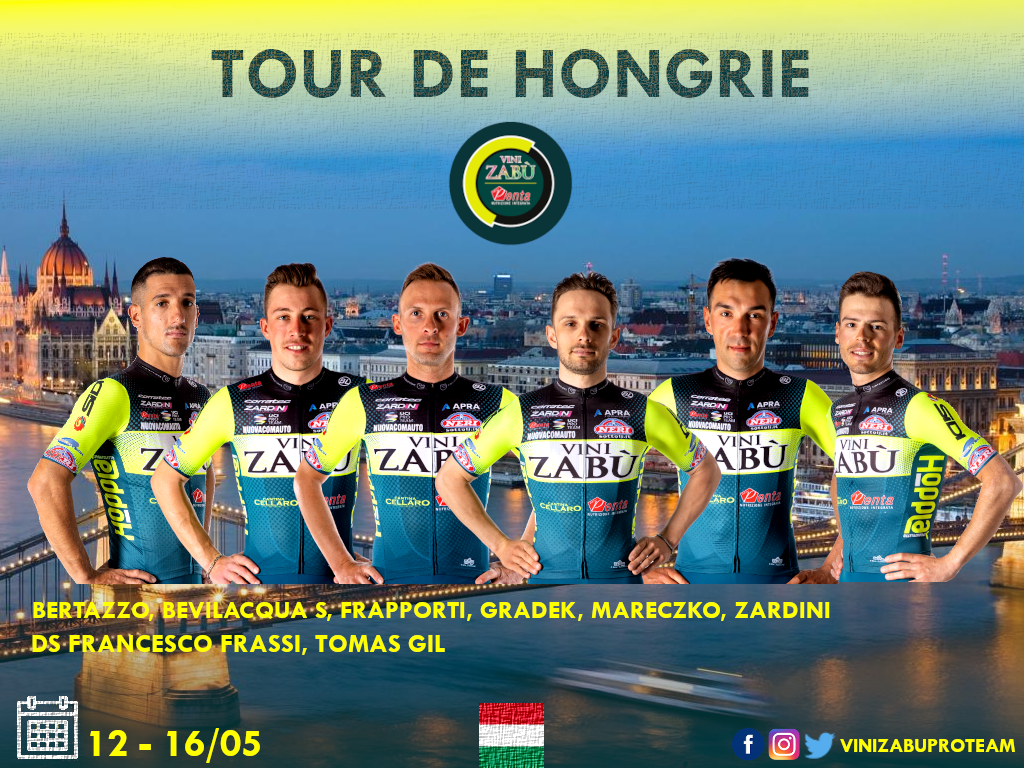 The season of the team Vini Zabù restarts from Hungary where the riders directed by Francesco Frassi and Tomas Gil will be at the start for the third season in a row in a race where in the past the team has achieved some very good results.

In 2020 Jakub Mareczko managed to win three stages and the points classification while in the previous edition Edoardo Zardini ended in 4th place of the general classification thanks to a great performance on the uphill finish of Gyöngyös-Kékestető that will be the queen stage also for this season.

The line up is completed by Liam Bertazzo, Simone Bevilacqua, Marco Frapporti and Kamil Gradek.

The team wants to start with the right foot and this is confirmed by the words of the Sports Director Francesco Frassi:

“We want to forget what has happened and restart. The season is long, there are many opportunities ahead and we will try to seize them beginning from the Tour de Hongrie that suits us well. The riders, after some days of logical discouragement, have worked hard and they are ready to prove their worth”.

TOUR OF ALMATY: DAVIDE GABBURO ON THE PODIUM IN THE 1ST STAGE