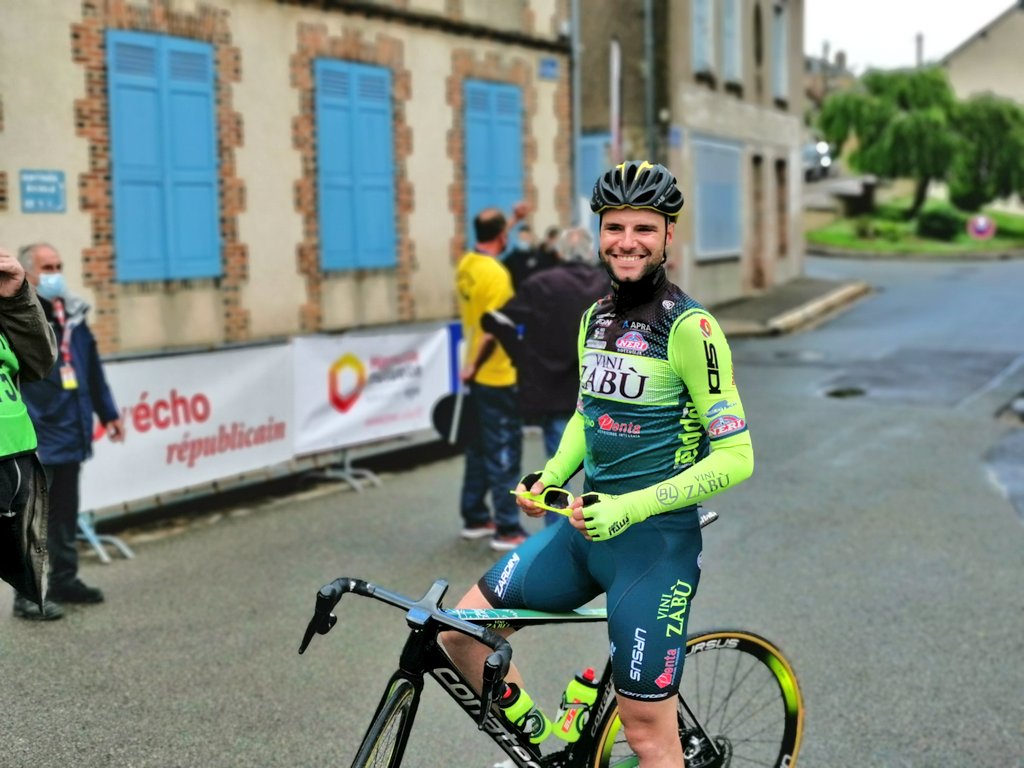 Team Vini Zabù on the attack also in the final stage of the Tour du Limousin, 169 kms from Sauviat sur Vige to Limoges with the classical circuit where the french stage race ends from few years.

Davide Orrico was part of the fourteen riders breakaway who started their action on the ramps of the Cote de Saint Denis des Murs and who reached a maximum gap of 5’30” over the Yellow Jersey group.

Orrico and the other members of the breakaway group, Cardis, Dauschy, Geschke, Guglielmi, Fernandez, Peyskens, Duval, Marengo, Etxeberria, Jousseaume, Hardy, Coquard and Bais, were way too dangerous and the peloton set a high pace to keep them close as they approached the final circuit with 1’05”.

In the head of the race there was no harmony anymore and Delio Fernandez tried his luck with 30 kms to go but the peloton managed to close the gap with the spanish rider and the other escapees with 16 kms to go.

The big surprise came on the last time that the race was on the short climb of Beauvais where, with 7kms to go, the serie of attacks in the reduced peloton was too much for the Yellow Jersey Dorian Godon who was dropped while we still had Joab Schneiter, Veljko Stojnic and Edoardo Zardini.

It was Erik Fetter who celebrated on the finish line as he anticipated the sprint attacking inside the last km with Warren Barguil who won the final classification.

The Sports Director Luca Scinto is quite happy of the Tour du Limousin of the team Vini Zabù:

“These four days of racing were very useful to understand the condition of this group of riders and to understand who can be a part of the team for the italian races of september. Obviously I’m very happy for what Veljko Stojnic has done considering that without the puncture in the 1st stage he would have been in the fight for a good position in the general classification. Veljko is a very young rider, we have him since 2019 when he was racing in our Under 23 Team Franco Ballerini, and we missed him a lot in the first part of the season. I liked the attitude of these riders that did better day after day in this very complicated race”.

Massimo Rosa was very unlucky in the 8th stage of the Tour of Qinghai Lake,…

CORRATEC STANDS TOGETHER WITH VINI ZABU’

We received an official release by our sponsor and bike provider Corratec, a message that we…

IMOLA 2020: GIOVANNI VISCONTI SELECTED IN THE SQUAD FOR THE ROAD RACE

The most awaited moment has arrived, the certification of the great job made by the…