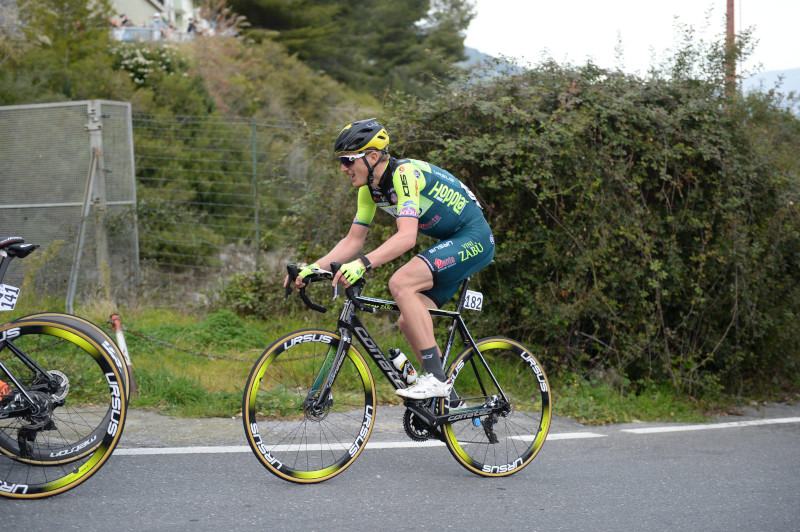 Veljko Stojnic was very close to achieve his first win as a pro in the 3rd stage of the Tour du Limousin, 184 kms from Bugeat to Lubersac, as he ended in 4th place, the best result till now for the team Vini Zabù in this edition of the french race.

It was a very fast stage with lot of attacks and counterattacks inside the narrow roads of this part of France as no one was able to form a breakaway along the first 100 kms of racing.

In the first group of attackers who opened a gap there were Davide Gabburo, Pierre Rolland and Petr Vakoc who were joined with 40 kms to go by Simon Geschke, Simone Velasco, Luca Wackermann and Josè Manuel Diaz.

With 35 kms to go, when the peloton was 50″ behind the breakaway, our Veljko Stojnic attacked together with the two basque riders Antonio Angulo and Unai Cuadrado and, after 7 kms of chase, the trio bridged to the lead group bringing the gap up to 1’20”.

Despite the effort Veljko Stojnic was always very active answering the attacks launched in the final 15 kms especially by Pierre Rolland and Simon Geschke.

There was nothing to do when, with 3 kms to go, Simone Velasco launched the decisive attack winning the stage by 11″ on the chase group with Veljko Stojnic who was 4th on the finish line.

“Today I had lot of fun – says the serbian rider, born in 1999 – it was hard to understand the evolution of the stage, like all the ones of this race, but I was very happy to fight for the stage win after that all my GC ambitions faded out after the puncture of the 1st stage. Day after day my condition is better and better, the injury that has made me lose five months of this season is finally only a bad memory and this result will help me a lot”.

The Yellow Jersey group, that was retained by Dorian Godon, has finished 22″ behind Velasco and included our young swiss rider Joab Schneiter.

Tomorrow there will be the final stage of this edition from Sauviat sur Vige to Limoges.

UAE TOUR: ANDREA GAROSIO ON THE SPOTLIGHT IN JEBEL HAFEET

CZECH CYCLING TOUR: GIOVANNI VISCONTI IN THE TOP 10 OF THE QUEEN STAGE

One month ago, while some of his rivals of today at Czech Cycling Tour were…