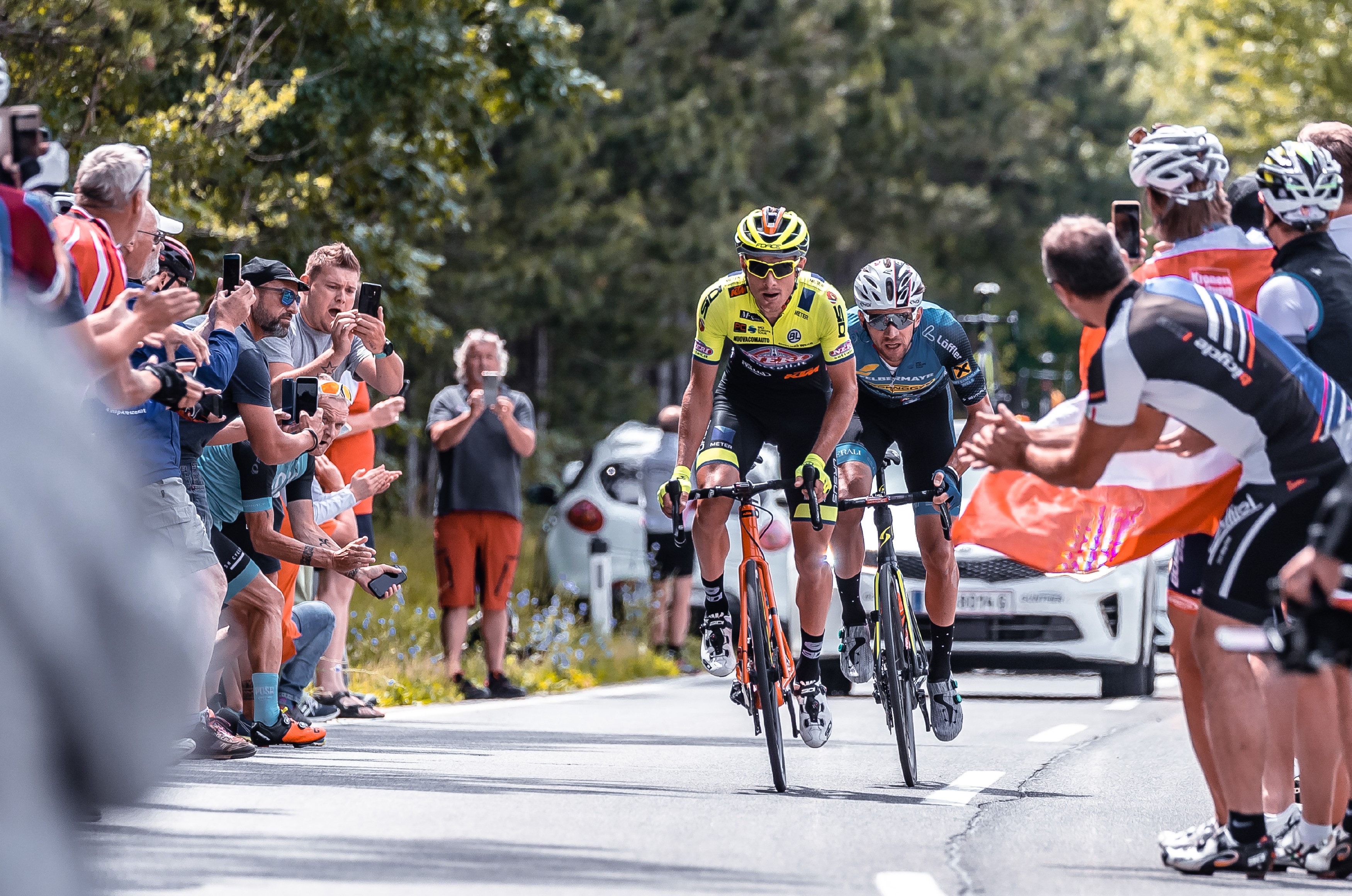 Amazing performance of Sebastian Schonberger that is giving it all at the Tour of Austria, his home race, where he’s always one of the protagonista.

Today in the 2nd stage, from Zwettl to Wiener Neustadt, he spent most of the 176 kms in the breakaway. In the first part of the day Krizek, Graf and Engelhart were together with Schonberger but our rider, after passing in first place all the three KOMs of today, he became solo leader with 30 kms to go.

The peloton was too close and with 15 kms to go, after spending 160 kms in the head of the race, Schonberger was caught.

In the final sprint Tom Devriendt was able to beat Jannik Steimle that regains the lead of the general classification where Schonberger climbs up to the 9th place thanks to the bonifications. He’s also 2nd in both KOM and best austrian rider’s classifications.

Tomorrow 3rd stage and first chance for the GC favourites as the 1st cat. KOM of Teichalm is a good point for launching attacks in the final part of the day

A classy performance from a proud Giovanni Visconti that, despite the serie of races of…

TIRRENO – ADRIATICO: VELJKO STOJNIC IN THE BREAKAWAY OF THE 1ST STAGE

TOUR DE HONGRIE: ZARDINI AND VISCONTI ON THE SPOTLIGHT IN THE QUEEN STAGE