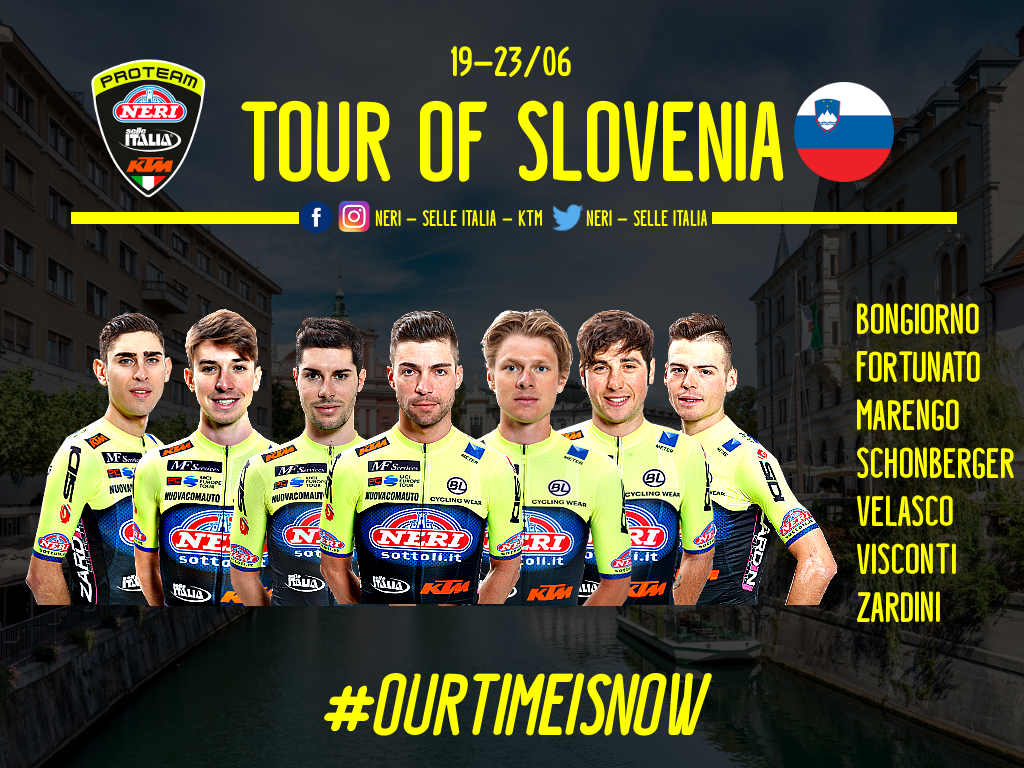 The Tour of Slovenia that starts tomorrow is gonna be the final step for the team Neri Sottoli – Selle Italia – KTM before the National Championships with the team of Angelo Citracca that is gonna be at the start in Austria, Italy and Holland.

The line up made by the SD Luca Amoriello and Luca Scinto is pretty similar to the one seen recently at the Tour de Hongrie with Sebastian Schonberger that has replaced Roberto Gonzalez.

The rest of the team will have to try to give another push to the good results achieved in Hungary where Edoardo Zardini and Giovanni Visconti looked in a good condition as they both closed in the top 5 of the general classification.

COPPA AGOSTONI: AN EXCELLENT GIOVANNI VISCONTI WAS 5TH IN LISSONE

As the roads in most part of the Europe are still closed, RCS Sport has…