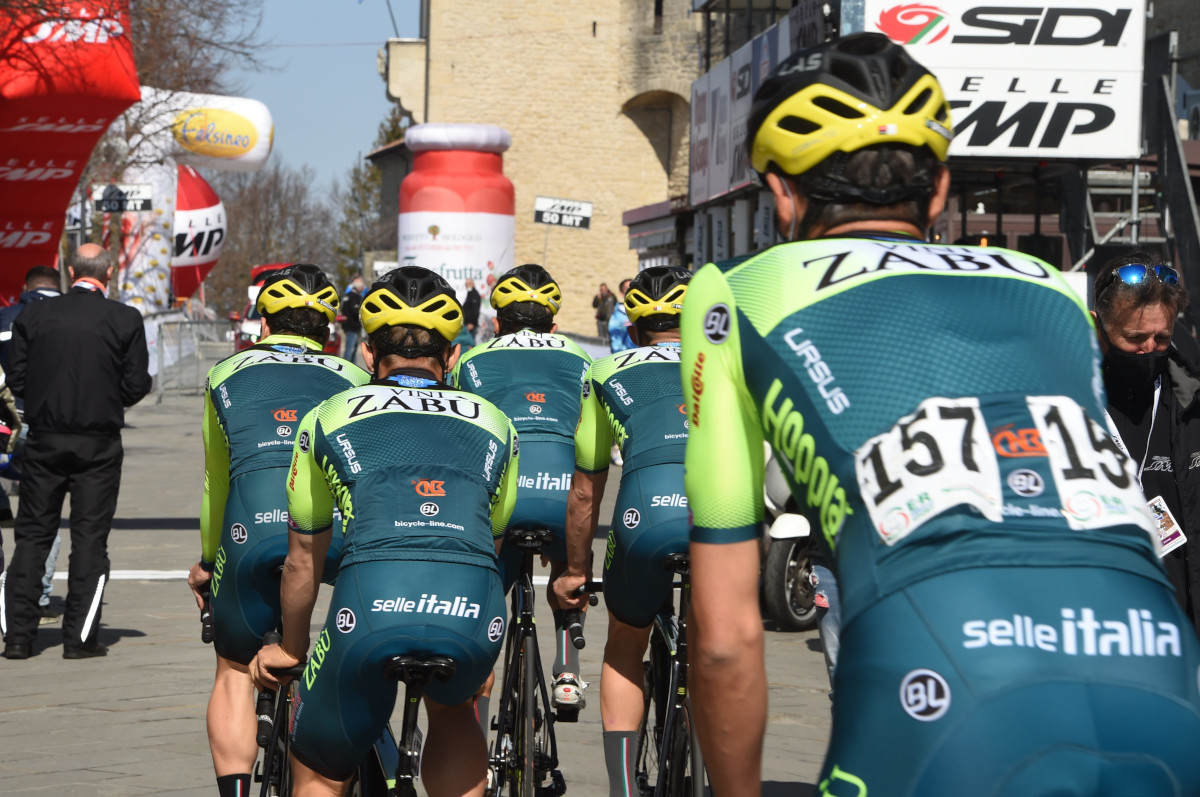 With an official statement the UCI has decided, after the meeting of the Disciplinary Commission, to suspend the team Vini Zabù for a period of 30 days starting on the 7th of April until the 6th of May.

The decision taken by UCI (the governmental body of cycling) confirms that the team Vini Zabù had the chance to be at the start of the Giro d’Italia and emphatizes the choice made by the Team and by the Main Sponsor that have decided to don’t take part to the Corsa Rosa.

What we want to point out is the importance of some ethical and moral values and that’s why we won’t be at the start of the Corsa Rosa. This is an act of courage and we hope to be an example if in the future there will be some similar cases.

We hope that this will be a lesson for all the young generations of athletes and we announce that we will make our comeback to races the 12th of May at the Tour de Hongrie.