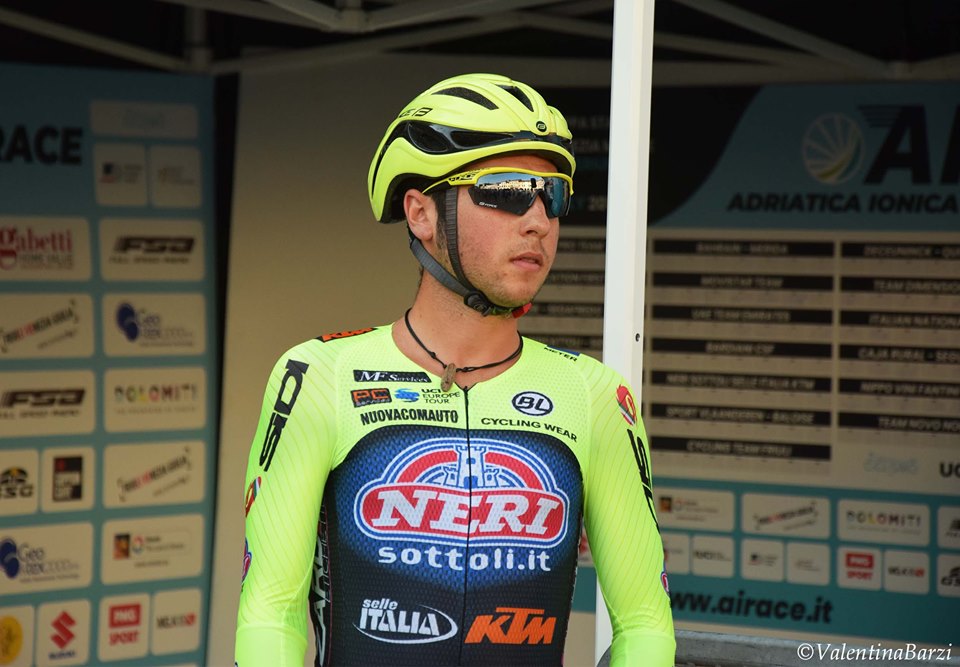 A brave race for the team Neri Sottoli – Selle Italia – KTM that has started the final part of the season at the Brussels Cycling Classic.

The team directed by Francesco Frassi was aggressive from the beginning with Etienne Van Empel who joined the seven riders breakaway together with Clément Carisey, Oscar Riesebeek, Elmar Reinders, Cyril Gautier. Lionel Taminiaux and Petr Rikunov.

The maximum gap was 2’55” and the peloton got even closer when, with a bit more than 60 kms to go, there was an attack launched by Laurens de Vreese, Cristopher Juul Jensen, Anthony Turgis, Ludovic Robeet and Simone Velasco who were able to bridge to the head of the race with 42 kms to go.

The peloton, brought by Bora – Hansgrohe and Deceuninck Quick Step, was costantly at 50″ from the lead group and suddendly, when the rain appeared on the race, there was a strong acceleration.

With 12 kms to go the breakaway was caught by a 30 riders peloton and Caleb Ewan was the fastest at the sprint with Simone Velasco, the only rider of our team in the group, who ended in 26th place.

Vini Zabù, a sicilian brand of Farnese Group, will be the new title sponsor of…

TOUR DU LIMOUSIN: LUCA WACKERMANN IS BACK IN YELLOW

TIRRENO – ADRIATICO: VELJKO STOJNIC IN THE BREAKAWAY OF THE 1ST STAGE